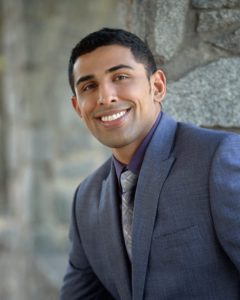 Mikey Hothi, district director for Asm. Jim Cooper, has announced his candidacy for Lodi City Council, District 5. Hothi, who was born and raised in Lodi, has considered running for office for a while and felt now was the right time to throw his hat in the ring for the vacant seat. “I’m taking a shot at it at the right opportunity,” he said. Hothi has worked in Cooper’s district office since 2014, and before that worked for Cooper’s predecessor, then-Asm. Richard Pan, since 2012. If elected to a four-year term on the Council, Hothi says he’d like to focus on increasing economic development and bringing more agricultural tourism and community activities to the city. “Lodi has a thriving wine industry and ag business, and I think there’s an opportunity to continue attracting business to the region; we have the downtown core of Lodi that has lots of opportunities for development,” Hothi said. “Trying to get a bike share program here. Trying to create more activities for young families, like yoga in the park, block parties, and I’ve been working with Assemblyman Cooper, we’ve been working to get a homeless shelter here.” Hothi plans to continue working with Cooper if he’s victorious on Election Day since Lodi has a part-time council. “The work would tie in together and I think would be a better bridge between the city and state,” Hothi said. Since he launched his campaign during the coronavirus outbreak, campaigning has had its challenges. “The challenge with COVID-19 is nobody wants you to show up at their door, so it’s pushed a lot of the campaigning to virtual, so I’ve been phone banking, I’m working on a robust mail program, and I’ll be doing social media and Google ads,” he explained. His first campaign fundraiser is scheduled for July 30 – Hothi’s 30th birthday – and will be a virtual celebration with guest Asm. Cooper, who has already endorsed his campaign. Hothi says he’s already received a lot of support from his Capitol friends and colleagues. “Through word of mouth to some close friends, I’ve raised almost $15k from friends in the Capitol community,” he said. While he’s not knocking on neighbor’s doors, he is still meeting voters in his neighborhood. “I’ll be walking my dog and people are so nice and friendly and happy to see someone else that we end up talking,” he said. Hothi is an avid runner, so his walks with his dog, Cesar, along with running regularly around the city have helped him get to know the district he’s running for. “I’m running a lot in the neighborhood and trying to remember all the street names in the district,” he said. With a little over 100 days until the election, Hothi is looking forward to November. “I love Lodi and would be honored to serve as City Councilmember,” he said. Check out Hothi’s campaign website here. Contact: Hothi, mikey@mikeyhothi.com.